HISTORY: Originating in the Scottish Highlands during the 11th Century, Highland Games have long been a favorite spectacle, and they’re sure to be a major draw again at the 2023 St. Augustine Celtic Music & Heritage Festival March 11 & 12. You’ll see some of the most impressive kilt-wearing athletes around challenge one another in traditional Scottish heavy athletics and strength competitions, including the Scottish weight throw, and the always entertaining caber toss.

The Scottish Highland Games are traced back to King of Scots Malcolm III, who summoned contestants to a footrace in order to find the fastest runner in the land to serve as royal messenger. Over the centuries, Highland Games events have expanded to include entertainment and exhibits celebrating Scottish and Gaelic culture. Thousands of fans from throughout Florida, Georgia and the Carolinas turn out every year for the St. Augustine Celtic Festival Highland Games.

Friday-Games Clinic from 4:00-6:00 PM – The Clinic offers free introduction and training to anyone (novice or experienced) interested in competing as an athlete.

Each day’s competition is new and has no bearing on the results for the next day.

Awards will be presented at the close of each full day of competition.

$30 per athlete to compete for the weekend.

Awards will be presented at the close of each day’s competition.

Athletes are invited to march in the St. Patrick Parade on Saturday at 10 AM. (If you march in the Parade, you will be scheduled for competition later in the day.)

Men’s Class B (Sorry!  This division is full)

Open Stone Put ( 16 lb. thrown for distance in any style )

Members of the general public (aged 21+) are invited to sign up by Noon on Saturday for the Keg Carry at 1:00 PM.

A $50 Gift Card to ABC Fine Wines & Spirits will be awarded to the man who carries a 100 lb. keg the farthest distance in one minute.

A $50 Gift Card will be awarded to the woman who carries a 50 lb. keg the farthest in one minute.

The St. Augustine Highland Games are directed by the Foundation for Scottish Athletics 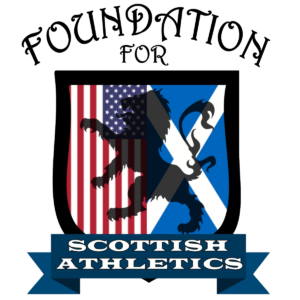 QUESTIONS ABOUT THE HIGHLAND GAMES?

Our Event is Sponsored in Part by 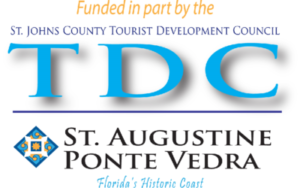 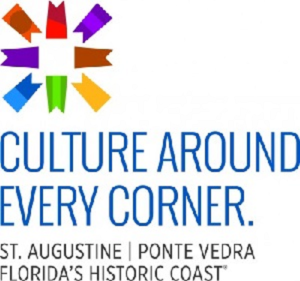